Wally surrounds himself with good people, and he always recognizes their contributions to his success

Ray Broderick is passionate about the manufactured housing industry. He is well respected by his industry peers and regulators. Ray has been active in the industry since 1962. Since 1979, he and his wife Darla have owned and operated Superior Homes, a retail sales center located in Lancaster, Pennsylvania.  Additionally, Ray has owned and operated […]

While he operates traditional retail sales centers, he has also worked as a developer utilizing resources not typically tapped by retailers in the industry.

His contributions to the manufactured housing industry may be hard to measure; however, the industry would look very different today if it had not had the benefit of his hard work and knowledge.

Lance enjoys making a difference through actions and not words.

Out of respect for his many years of work for fire safety in RVs, the National Fire Protection Association (NFPA) presented Bruce with a Lifetime Achievement award. 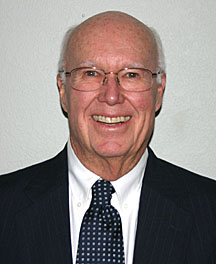 Randy's contribution to the RV industry over the many years has been beyond measure, and the industry is better for it.

For more than 50 years Jeff has contributed to the industry's greater good through his leadership.