Founder of the Maryland MHA, he served six different terms as association President. Having been a manufacturer and retailer, he worked tirelessly for legislation on standards and tax relief for the dealers and park operators in Maryland.

Through his efforts as President of the N.J. Trailer Park Owners Association, the park owners and retailers were combined forming the NJMHA. He also brought the N.J. RV retailers into the Association and promulgated the state health code for MH parks which became a national model.

Long time spokesperson for industry affairs both with several industry companies and representing MHMA/MHI with media events and legislative bodies. Through her efforts, in and out of the industry, many stereotypes of industry products were erased and acceptance was greatly enhanced.

Pioneer community developer who included underground utilities including natural gas and on site shopping in his communities in the early 1950’s. Designed and manufactured the first all electric manufactured home. Long time activist for industry legislation in Ohio. 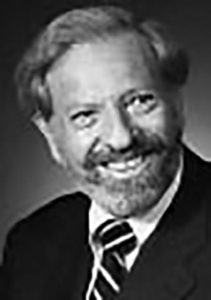 Pioneer developer of land-home communities beginning in 1954, developed over 12,000 homesites in communities in 6 states. Lecturer and consultant at planning groups and universities as well as to governmental bodies on both state and national levels.

One of the organizers of the National Manufactured Housing Federation including two years as its first President. He served two terms on the HUD Manufactured Home Advisory Council and represented the MH industry on the Building Codes and Standards Committee of the National Conference of States. Two term president of Indiana MHA.

President of the New Jersey Trailer Dealers Association and the MDNA, he was an active member of the MDNA service schools staff. He was an early proponent of RV safety standards.

He instituted consumer surveys of the RV and MH industries and provided positive information to the buying public about the industry and its products. One of the founders and first Chairman of the RV/MH Hall of Fame. He was instrumental in encouraging major oil company service stations and highway rest areas to provide sanitary dumping facilities for RVs.

A charter member of SEMHI, he served as Secretary, Vice Chairman and Chairman of the SEMHI board. An active member of the MHI Supplier Board, he was instrumental in developing certification codes for window performance.
Next Page »