Recognized for his outstanding leadership qualities, he has returned Airstream from an aging, failing company to a position of industry respect and leadership. He has been instrumental in Thor Industries involvement in and support of many industry associations. He has served as an ambassador not only for his company but for the entire industry through his enthusiasm and his integrity.

The 1994 recipient of the James B Summers award from RVDA, he was a recognized expert on dealership management. He helped lead many small start-up dealerships into industry mega-dealer giants. He authored articles for most RV trade publications and wrote the Dealership General Operations Manual , and developed the Dealer Management Systems accounting proceedures. His clients were among the most respected and successful dealers in America.

A long time New York MHA leader, and Pennsylvania MHA leader, he was MHI Retailer of the Year in 2000 & 2001. The Founder of Volume Buyers LLC, a combine with 45 housing retailers, and founder of Low Management, a MH transportation firm with 14 vehicles, he is a developer of communities with over 500 homesites. He worked with the North Eastern states Departments of Transportation to structure similar transport laws from state to state.

One of the founders of MHARR and a leader in the promotion of affordable quality homes, he was a leader in the development of the landmark Manufactured Housing Improvement Act of 2000. He was Ohio MHA s outstanding manufacturer in all years from 2001 to 2006, and was recognized in 2002 with the National Association of Home Builders National Housing Quality Award. He was a member of the Midwest MH Show committee and served as Advertising Chairman.

A long time member of the Go RVing Coalition and RVIA Public Relations Committee, he and his company are among the strongest proponents of the RV lifestyle. He led his company to become the largest consumer organization (publications, clubs, shows, and retail outlets) in the country. As a writer, publisher, manager and chief executive, Mike has been an able and active promoter of the RV industry and the RV lifestyle.

He served as Executive VP of the Trailer Coach Association where he organized the first Dodger Stadium Manufactured Housing/RV Show in 1965. In 1968, he became CEO of Mobile Home Manufacturers Association where he led the move from Chicago to Washington DC in 1969 and through the merger with TCA and SEMHI helped form MHI in 1975. He was one of the early board members of the RV/MH Hall of Fame in 1972 where he became an honorary lifetime supporting member of the foundation. In 1967 he was named California Housing Commissioner by Gov. Ronald Reagan.

A 25 year member of New Mexico MHA, He was a key member of the MHI effort to pass Federal Energy Star Legislation, and led the successful New Mexico effort to get manufactured housing titled as real property for access to lending dollars. He was the MHI Retailer of the Year in 2008. and the recipient of the Lifetime Achievement Award from New Mexico MHA. His positions include Federated States delegate, National Retail Council delegate, and Installation Standards Task Force member. He worked with the US Senate to get Energy Star Tax Credit included in the Energy Bill and to get it extended for 3 years.

In 35 years as RV dealer, he was the founder of California RV Dealers Assn, and South Bay Dealers Assn. A founding member of RVDA and long time board member he served as national Chairman in 84-85. he is a recipient of the coveted James B Summers Award. After retiring and selling his dealership, he has become a highly respected 20 group facilitator and consultant to RV dealers in the US and Canada for over 25 years.. 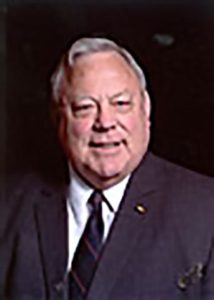