Jerry Pickrell of LaSalle-Bristol Corporation, an RV and Manufactured Housing industry supplier from Elkhart, Indiana. A 47 year industry activist, he has served as an active member of the Board of Directors of the RV Industry Association, the Manufactured Housing Institute, Illinois MHA, and Indiana MHA/RVIC including two terms as its President, during which he was responsible for balancing the Board of Directors to include both housing and RV representatives. He is a 2 time chairman of the Louisville Manufactured Housing Show and a seven year member of the National RV Show Committee. He served 8 years as a member of the Board of Directors of the RV/MH Heritage Foundation. His efforts for local, state, and national associations and with government committees and organizations are without equal. 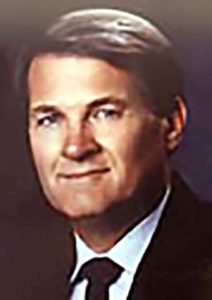 Dave Altman of Altman's Winnebago, an RV Retailer from Baldwin Park, California. Dave is a 34 year Industry veteran. He is credited as the founder, and served 20 years as President, of the Southern California RV Dealers Association. He is a founder and past Chairman of the California State RV dealers association. He is an 18 year Board Member and Past President of the national RV Dealers Association and is the sixth recipient of the prestigious RVDA James Summers award. He chaired the first RV dealers independent convention. He is the founding Chairman of the national RV Rental Association. He has been recognized by Winnebago Industries with their "Circle of Excellence" Award every year it has been presented.

Terrell Bridges of Chandeleur Homes, a housing manufacturer from Guntersville, Alabama. A 30 year member and past Chairman of the Alabama Manufactured Housing Institute, Terrell is credited as a pioneer of labor efficiency programs and industry quality. He is recognized as having developed, in the early 1970s, the "piece rate" bonus system that is used industry wide today. He brought a Manufactured Housinv education course to all Alabama High Schools. He participated in the development of the wind standards implemented by HUD in 1994. He is Chairman of the Alabama Manufactured Housing Institute charitable foundation.

John R."Johnnie" Ketelsen of Ketelsen RVs, an RV retailer from Marion, Iowa, and Wheat Ridge, Colorado. Johnnie's orientation to RVing began in 1938 when, as a teenager, he traveled throughout the western states in a home-made RV. A 38 year RV dealer, he is a founding member and past Secretary of the national RV Dealers Association, and is a 28 year member and officer. He is the founder and a Past Chairman of the Iowa RV Dealers Association. He is recognized as a prime example of impeccable business values and ethics, and as a mentor for RV retailers nation wide. He and his western swing band hold a national record of over 6,500 appearances on live radio.

Bob Kropf of Kropf Manufacturing, a Recreational Park Trailer manufacturer from Goshen, Indiana. A 50 year RV and manufactured housing industry veteran, he was a member and Chairman of the RVIA Park Trailer Committee from 1984 to 1990, and, as one of the founders of the Recreational Park Trailer Industry Association in 1993, continues to serve as the only Chairman in that association's eight year history. He is a past Chairman of the IMHA South Bend Show and member of the Indiana Manufactured Housing Association Board of Voyernors. He is a recognized voice for the Park Trailer industry before government, industry, and consumer groups nationally.

Al Ruhl of Manchester Tank, an RV industry supplier from Brentwood, Tennessee. He is a life long advocate for LP Gas safety, long time active RVIA Board member, RVIA Supplier Committee Chairman, and a member of the joint RVDA/RVIA Certification Governing Board. He has been instrumental in developing improvements in gas safety standards such as two stage regulators, excess flow check valves, overfill protection devices, and gas leak detectors for LP cylinders. He is an active member of the Go RVing marketing coalition. He is a 8 year member of the National Propane Gas Association Board of Directors.

Bob Lee of Country Coach, an RV Manufacturer from Junction City, Oregon. A 24 year RVIA member, he has served 13 years on its Board of Directors, and 15 years on the National RV Show Committee including eight years as its chairman. He is a 10 year member and current Chairman of the Family Motor Coach Association Commercial Council Board. He introduced many high tech features to RVs and built the first code compliant bus conversions built on an assembly line. He has set a public standard of quality that has reflected on the entire industry.